Gender Determination at only 9 weeks 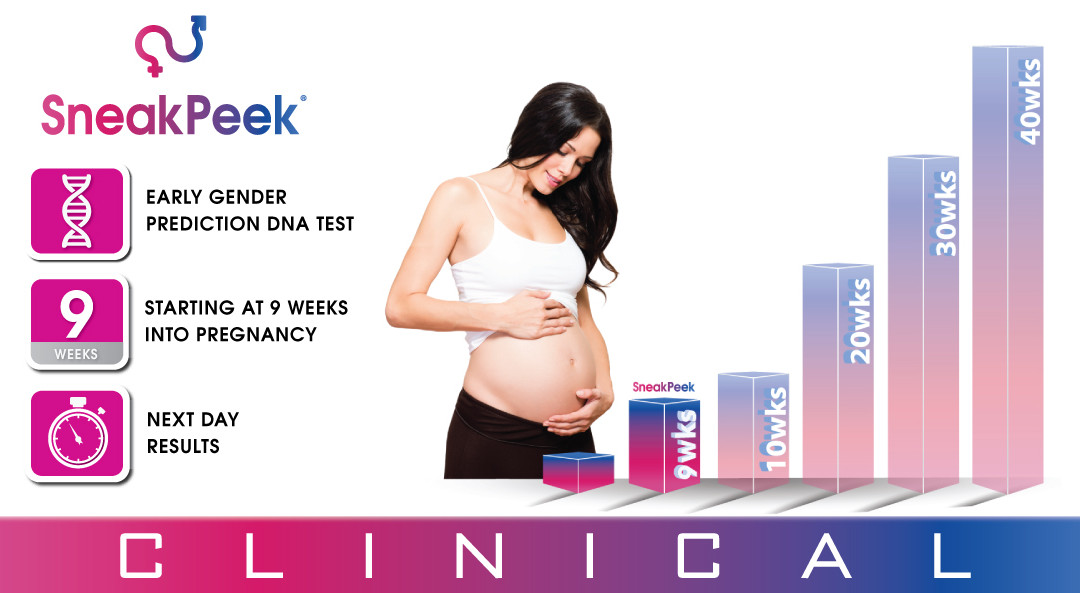 During a pregnancy finding out the sex of the baby is usually the most exciting part for expecting parents. In fact, about 75% of the ultrasounds we perform at Mother Nurture Ultrasound are early gender determination scans.

In the 1980’s and 1990’s before elective ultrasound became a “thing,” couples didn’t usually find out the sex until their anatomy scan around 20 weeks in the pregnancy. However, over the years, technology has evolved, and ultrasound machines can now produce crystal clear imaging that allow techs to see the if the baby is a boy or a girl much earlier.

Most elective 3D/4D ultrasound clinics start gender determination between 13-16 weeks. Which is usually just fine for most couples. But what about the rest who want to find out even earlier? What about the millennials and generation Z who wanted to know the gender before the baby was conceived?!

Luckily technology is still moving forward at the pace of a freight train, and once again a new solution for early gender determination has hit the market! And guess who is offering it? That’s right, none other than Mother Nurture Ultrasound.

What if I told you we could tell you with 100% accuracy, the sex of your baby as early as 9 weeks! That’s a game-changer right?! An entire 4 weeks earlier than what we were previously offering at 13 weeks.

We are now offering a DNA blood test within our office called SneakPeek Clinical. Here’s how it works: You come in for a quick 5 minute blood draw, which is performed by a licensed phlebotomist. We overnight the blood sample to a lab and within 24-48 hours they email you the results if you having a boy or girl.

The test is 100% accurate! We are currently the only facility in the state offering this service. To learn more about SneakPeek Clinical visit our webpage: